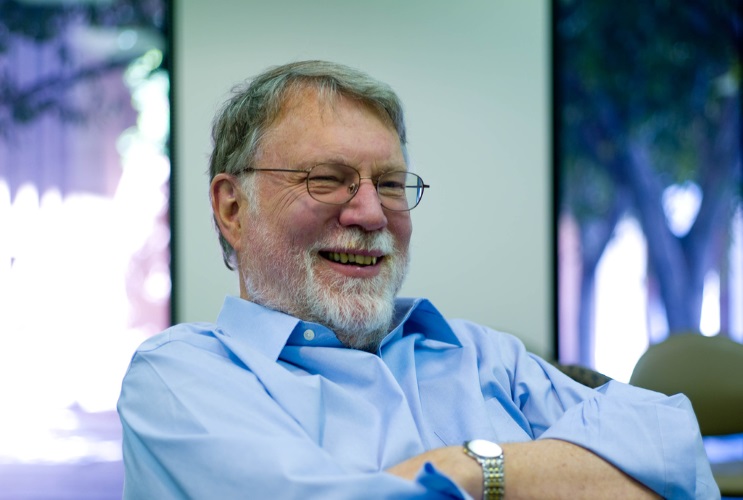 John Seely Brown (JSB) was the Chief Scientist of Xerox Corporation until April 2002 as well as the director of the Xerox Palo Alto Research Center (PARC) until June 2000. A master integrator and instigator of productive friction, JSB explores the whitespace between disciplines and builds bridges between disparate organizations and ideas. In his more than two decades at PARC, Brown transformed the organization into a truly multidisciplinary research center at the creative edge of applied technology and design, integrating social sciences and arts into the traditional physics and computer science research and expanding the role of corporate research to include topics such as the management of radical innovation, organizational learning, complex adaptive systems, and nano-technologies. JSB is currently a visiting scholar and advisor to the Provost at the University of Southern California (USC) where he facilitates collaboration between the schools for Communication and Media and the Institute for Creative Technologies (ICT). JSB is also currently the Independent Co-Chairman for Deloitte’s Center for the Edge where he pursues research on institutional innovation and a reimagined work environment built on digital culture, ubiquitous computing, and the need for constant learning and adaptability. He co-founded the Institute for Research on Learning (IRL). His personal research interests include digital youth culture, digital media, and the application of technology to fundamentally rethink the nature of work and institutional architectures in order to enable deep learning across organizational boundaries – in brief, to design for emergence in a constantly changing world.

JSB is a member of the American Academy of Arts and Sciences, the National Academy of Education, a Fellow of the American Association for Artificial Intelligence. He serves on numerous private and public boards of directors, including Amazon, and has been a trustee for nonprofits including the MacArthur Foundation and In-Q- tel. In addition to publishing over 100 papers in scientific journals, JSB has authored numerous articles and reports spanning business strategy and management issues. He was awarded the Harvard Business Review's 1991 McKinsey Award for his article "Research that Reinvents the Corporation" and again in 2002 for his article (with John Hagel) “Your Next IT Strategy.” In 1997 he edited the book Seeing Differently: Insights on Innovation (Harvard Business Review Books, 1997) about how new organizational structures, technologies, and global perspectives could change the way innovation occurs. He co-authored (with Paul Duguid) the acclaimed book The Social Life of Information (HBS Press, 2000), which has been translated into 10 languages with a second edition in April 2002. With John Hagel, he co-authored the books The Only Sustainable Edge about new forms of collaborative innovation and The Power of Pull: how small moves, smartly made can set big things in motion, published April 2010. The New Culture of Learning, co-authored with Doug Thomas at the University of Southern California, was released January 2011. His current book, Design Unbound, is co-authored with Ann Pendleton-Jullian at Georgetown University.